8 Initiatives to Activate the Role of Visual Digital Media 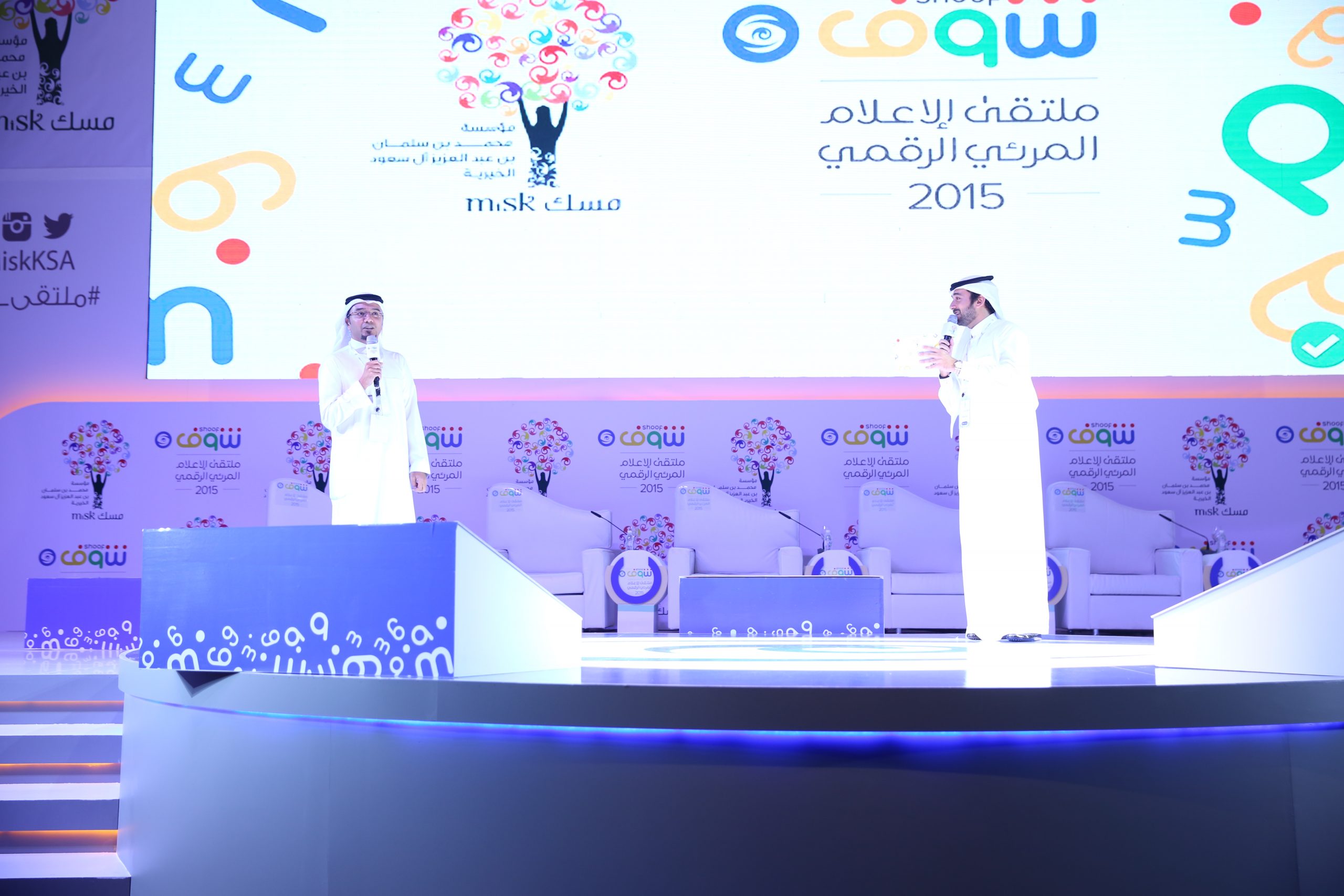 The 3rd annual Forum for Visual Digital Media organized by Mohammed bin Salman Bin Abdulaziz non for profit Foundation, “Misk foundation,” which wrapped up recently has launched 8 new initiatives to activate the role of visual digital media and encourage youth to broadly use it,” Said Mubarak Aldailej, the chiar of the media committee and an organizing member of the event.  The initiatives are: “International Specialized Workshops,” “Youths’ Film Production,” “Sponsoring YouTube Programs to Enrich the Content,” “Sponsoring  Film Production with Special Topics,” “Preparing Amateur Youths in Film Creation,” “Television Channel Workshop,” “Translating YouTube Episodes in Sign Language,” and “Translating Clips From Khan Academy into Arabic,” Mr. Mubark noted that these initiatives got a wide respond from the young participants.

He also mentioned that the 3rd forum had especially chosen guest speakers whom have been selected after they had a long period of success.

“When 3,000 participants come to a forum and share ideas to reach a common vision, it is obvious that such an event was prepared by dedicated young men and women who worked hard to make this happen. This is the case of the 3rd Annual Forum for Visual Media, organized by Misk Foundation at Jeddah Hilton. The foundation wanted to ensure the forum kept its momentum and success it had in its first and second years, which were held in Riyadh.

“Misk Foundation has worked long and hard on every detail, from choosing the best topics for the sessions and workshops, in addition to carefully selecting the guest speakers who are considered stars in their fields,”Mubarak said.  Misk has hired a large number of young women and men who volunteered in organizing the event, especially that such a participation gives them the exposure they wish in the fields the love.

Dr. Abudllah Almaglooth, the head of PR in ARAMCO and the presenter of the YouTube show “Looks Like You,” said he was pleased to have participate in the forum sponsored by Misk Foundation and happy that the Foundation is supporting digital media, as this type of media is an extension to mainstream media, and they both are one entity and should not be separated.