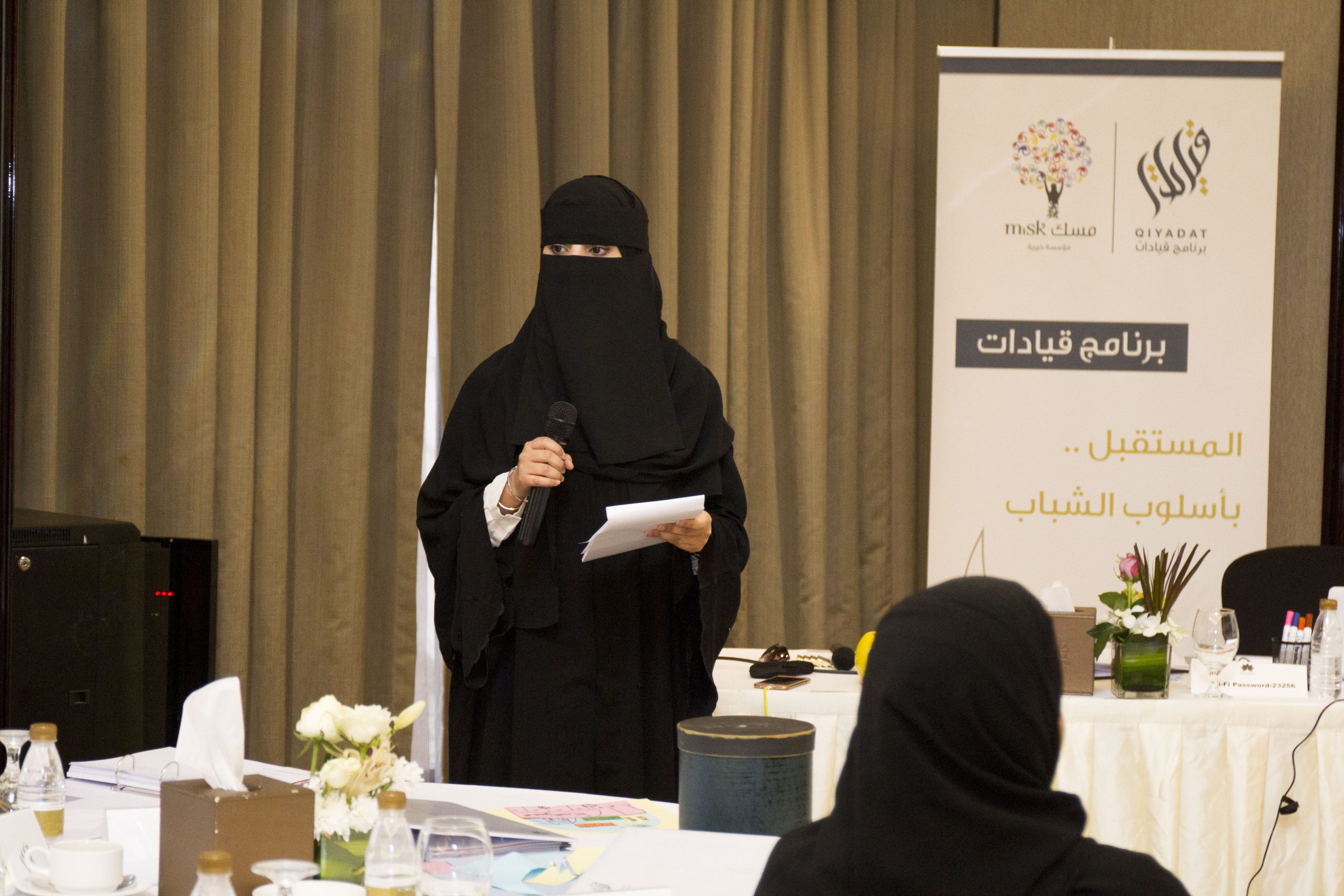 30 Saudi girls have completed the training program held by the Mohammed bin Salman bin Abdulaziz Misk Foundation, under the title of Qiyadat (Female Leadership), between 10-12 Jumada II, corresponding to 9-11 March 2017, in Riyadh, concluding the first part of the initiative targeting the training of 145 girls in 8 areas. The training program will also be held in 7 other areas, in order to discover young female leaders, develop their leadership skills, and equip them with best global practices in this field.

During the program, held over three consecutive days at a rhythm of8 hours a day, the girls received theoretical instruction and practical training on the best methods and practices in leadership, including detailed explanations of the difference between leadership and administration, with administration focusing on four major processes which are planning, organization/orientation, overseeing and control. As for the leadership, it focuses on three major processes which are determining the direction and the vision, mobilizing forces under this vision, and motivating and honing interests.

The training program included a number of leadership concepts and their specifications and characteristics. The young women learned that leadership focuses on the big picture such as choosing the right job, whereas administration focuses on parts and details such as choosing the correct work method. The leader possesses numerous capacities such as technical, humanitarian, organizational and intellectual capacities, and the trainees interactively discussed ways to uncover and develop these capacities.

The training program covered a number of topics, such as a leader’s qualities and leadership methods and theories, in addition to developing communication skills. The program hosted Shura Council Member Dr. Thoraya Obaid, who spoke at the panel discussion during the last session of the program, where she recounted her professional experience in the various positions that she has held over the course of her career, in addition to the steep learning curves, challenging situations and decisions that her professional life has included.

The program is expected to be held 7 consecutive times over 6 months in the regions of Al-Qassim, Sharqia, Ha’il, Holy Mecca, Medina, Al Jawf and ‘Asir, and registration is still open for the program that will be held again at the end of next week in Al-Qassim, representing the second regional phase of the program.

Misk Foundation is seeking to uncover leadership skills in young women through this program, in addition to developing these skills, capacity building, and empowering trainees to activate their positive and influential presence in the foundations and organizations where they work. The Foundation states that registration for a training session in a specific region requires that the applicant be from the same region, or from a neighboring region, if her region is not offered as an options.

The program also includes intensive workshops, visits and meetings allowing the participants to gain advanced qualitative experience, and inspiring them to progress, excel and succeed. It is held in 8 regions of the Kingdom for145 young female leaders, selected based on their competence and professional roles, as well as their relevance to the nature of the program, who have registered during the registration period.

The Qiyadat program falls within the scope of the objectives of the Misk Foundation aimed at encouraging learning and developing leadership skills among youth, in order to ensure a better future for the Kingdom of Saudi Arabia. These objectives complement the government’s efforts in achieving the Kingdom’s Vision 2030, which encompasses the improvement of women’s participation as well as capacity building and empowerment, in order to increase their contribution to development.