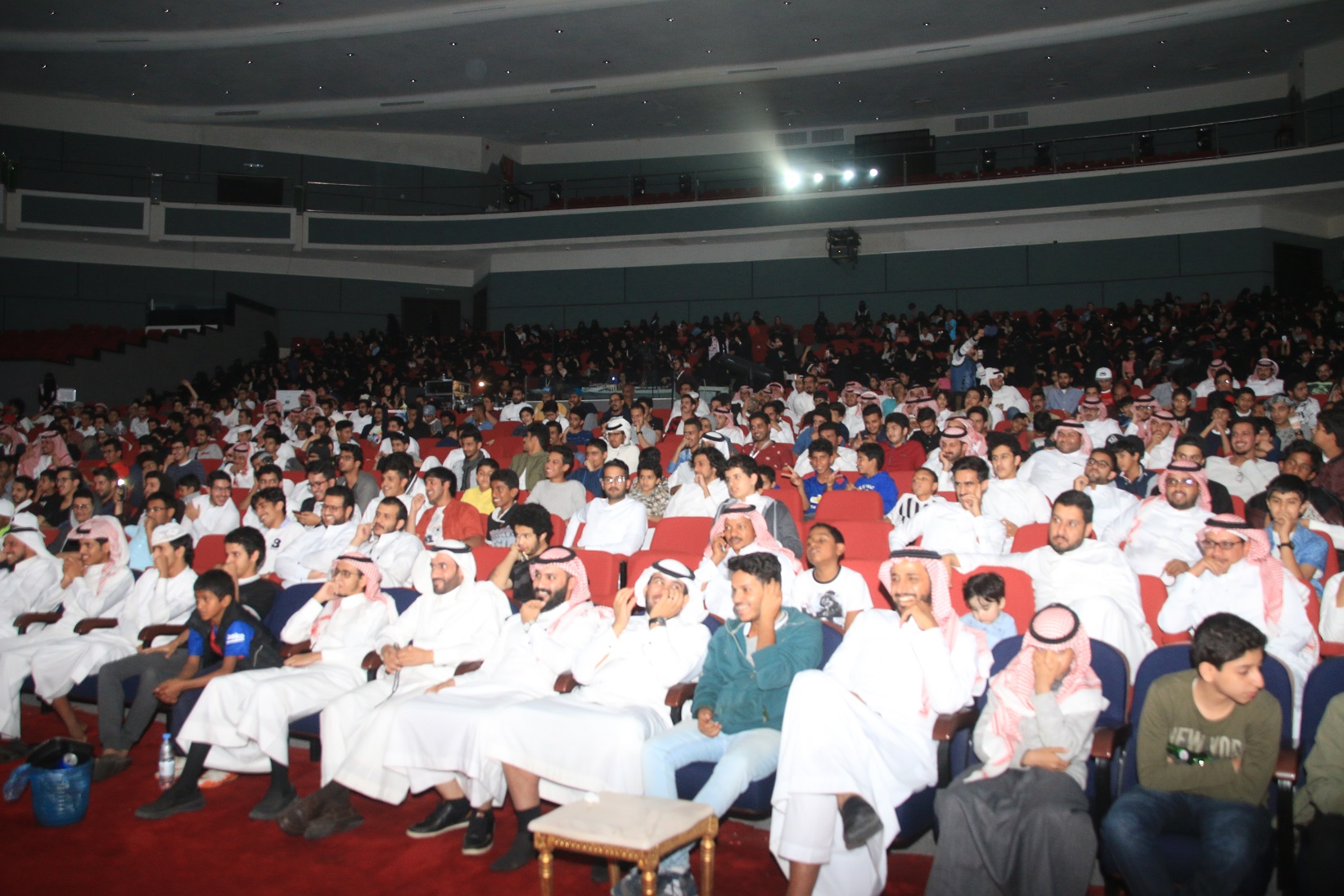 The Prince Mohammed bin Salman Foundation “MiSK” completed the activities of “Hakaya Misk” festival which was held for three days starting from Wednesday, April 19, 2017, at Almeftaha Village in Abha. Almost 42,265 people of all ages enjoyed the festival’s activities throughout the three days. The festival offered 138 workshops in the areas of writing, painting, visual production, and animation. The festival also included theater performances and interactive activities aiming to promote creativity, develop producing creative content, fostering talents, and affirming Saudi civil identity.
During “Hakaya alMurabteen” session at “Hakaya Misk” theater, Mr. Naif AlDhufairi, a soldier at the southern border, discussed his participation in the war against the Houthis in which he was injured by an RBG missile. This incident dates back to Monday, 15th of Thul-Hijja, 1437 AH. when the military unit received a report of Houthi militias moves. The audience heavily interacted with Mr. AlDhufairi and gave him a round of applause.

Mr. AlDhufairi said, “We take any report very seriously as we are located at the front in a border zone. At 8 a.m., we received a report of Houthi rebels trying to infiltrate the Saudi border. Due to the rugged terrain, we could not locate the rebels until they launched an RBG missile targeting the exploratory troop. I was there and I got injured on the right side of my head.”
He also added, “At that time, I was able to locate the infiltrators and asked my colleagues to tactically retreat because the enemy had prepared other missiles. By then, my colleagues were trying to help me but I refused and pulled myself to follow them. Then, we received the support and killed and captured many of them and took over their missiles and arms. I do not remember anything afterward until I woke up in the hospital due to the injury that led to my retirement.”

Mr. Hani Wafa, Deputy Editor-in-Chief of AlRiyadh Newspaper, was a guest at Hakaya alMurabteen and confirmed that the Saudi army agreed on the war against the Houthi gangs and militias.
Mr. Wafa, who participated in the media coverage of the incidents of the southern border of Saudi Arabia, also said, “The Saudi-Yemen border at Najran Region is very long and has different natures (mountains and deserts), which diversifies the military treatment on every front. Despite the challenging environmental conditions, the determination of the Saudi troops to wipe the Houthi militias off the Saudi borders grows bigger and bigger every day.”

As for the missiles hitting Najran, Mr. Wafa reported, “There were some missiles, but the Saudi troops destroyed the source, and now life in Najran is very normal, and development is moving forward.”
Commenting on his participation in Alekhbariya channel initiative, Mr. Wafa said, “The initiative was valuable in spite of its short period due to the renewed military operations then. The initiative also showed us how that we were remiss in supporting the soldiers because of the war. The reporter could not reach the border because it is a military front.”
Mr. Wafa explained that the country’s interest comes first at times of war. The reporter must forget about the scoop because it could affect the flow of the military operation. It is also important for reporters to seek accuracy and honesty and to coordinate with the army in every part. He pointed out that reporters at the border gained experience in reporting wars and conflicts. He added, “A reporter is made by the incidents he reports. That exactly is what made some channels and newspapers distinguished at reporting areas of conflict due to their participation in covering several wars and conflicts.”

He emphasized that it is essential to perform the following three steps to come out with a professional portrait: quality of light, the eyes should be in the upper one-third of the face, and the use of plain background. He explained that portraits capture one’s personality and mood.

“Hakaya Misk” Shows You How to Produce Your First Short Film
In the animation lab at “Hakaya Misk” festival in Abha, Mr. Zaid Al Zaid taught the participants how to produce their first short film explaining that it starts with the preparation stage (writing the scenario, proofreading, revising, and writing the storyboard, then the production of the film.
Mr. Al Zaid explained that short film production could lead to professional production of movies and TV series. He also stated that it is required to read different short film scenarios to be aware of the characteristics of short films, the goal of the film, and the genre of the film (drama, documentary, comedy, action). He pointed out that the length of short films starts from 45 seconds to 59:59 minutes.

Heritage of Asir and Hejaz Captured in a Painting at “Hakaya Misk”
The conceptual artist Ms. Izzah Akrash combined the wooden “roshans” of Hejazi houses and the patterns of Asiri houses in one painting.
Ms. Akrash said, “I grew up in Mecca and worked in Asir. So, I tried to combine the house styles of Hejaz and Asir in my paintings to highlight the “Roshan” art from the Hejazi heritage with beautiful old Asiri patterns.” She added that it was an enriching experience that many visitors liked, especially that Abha is full of conceptual artists.