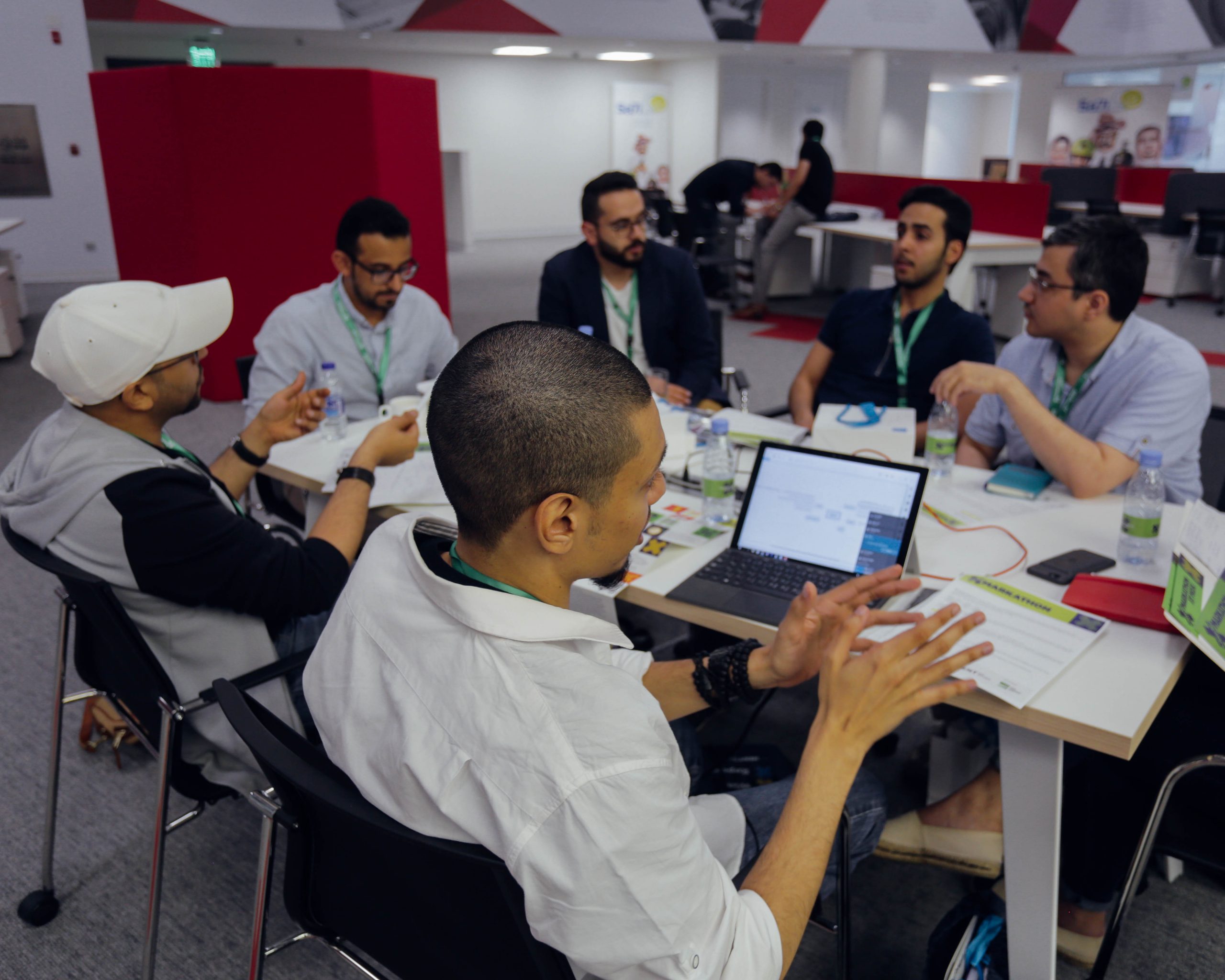 In a competitive and challenging atmosphere at Prince Mohammad Bin Salman College of Business & Entrepreneurship (MBSC) in KAEC, a group of young Saudi men formed a minor operation room during the first hours of the Markathon to compete with other groups and come up with marketing solutions to address the marketing problems Saudi airports encounter.

The group of 7 Saudi young men developed the theme of “how to build future airports?” to discuss the marketing problems in Saudi airports. They researched that issue and raised questions about the reasons behind the reluctance of people from the services of Saudi airports. The group came up with six steps by drawing a sketch of the problem and how to solve it.

The group created a scenario of a mother of three children called “Sara” to find marketing solutions Saudi airports need to solve this problem. The group also studied the travelers and their personalities, likes, and dislikes.

The objective set by the group leader, Mr. Sultan Al-Dhaheri, was to transfer the bad traveling experience into an enjoyable one. The group found out that young people are the ones that visit airports most frequently. Additionally, they pointed out that airports gather all nationalities with various cultures. That was the starting point to find solutions according to the group’s point of view, especially that marketing becomes a hard task when people have different interests.

Conducting research on the targeted population was also one of the important initial steps the group of young men followed while competing with other groups trying to find similar solutions. The most prominent objective set by the group was to come up with a marketing solution to attract travelers from the moment of entering the airport until leaving it.

“Sara,” the name used in the study, was a challenge for the young men. She was interested in shopping and traveling, representing a large scale of society. She has three children and a husband, forming a family with five members. Therefore, they represent 10 million travelers at Kingdom airports out of 80 million travelers annually.

The seven young men did not take a break from the very beginning of the “Markathon” event that was organized by MiSK Foundation. The young men worked hard in competition with other groups to find innovative marketing solutions for many participant organizations.