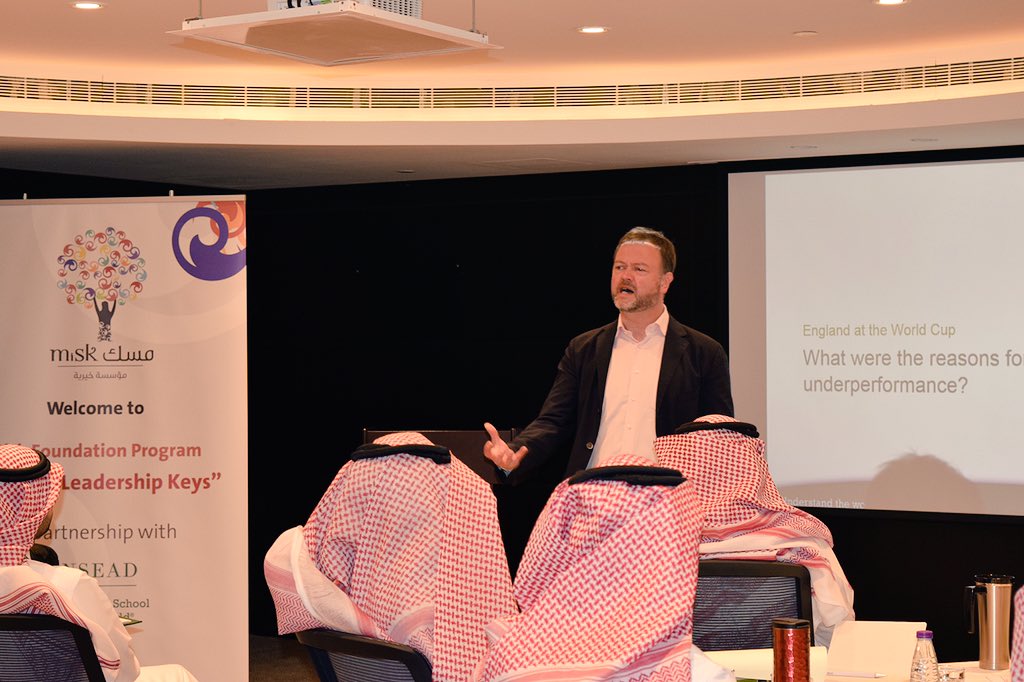 Mohammed Bin Salman Foundation (MiSK) has concluded the program of Creative Leadership Keys. The program ran for 5 days, and included 35 leaders from all around the Kingdom.

During the program, participants who represented government, private, and non-for profit organizations learned the 8 creative leadership keys that presents effective communication skills, motivating others techniques, personnel management and powers, have to organize the team ‘s responsibilities, mechanisms of goal-setting, performance management effectively, institutional values of the organization and promotion, and meet the challenges of making decisions.

The creative leadership keys are one of the programs run by the Foundation, to give young men and women the development of entrepreneurial skills and knowledge that will enable young Saudis in the areas of their business, and to encourage them to be creative.

Coach Steffen Schubert, who conducted the training program, talked about the 8 creative leadership keys and how people should use them and presented real life examples. The program included a variety of knowledge, skills and positive attitudes for effective promotion and development of potential participants and their leadership capabilities.

During the program, a detailed explanation was given from coach Schubert about communicating effectively. Using emotional intelligence in dealing with staff and colleagues in the organization. Also to know the functions of the mind and the characteristics of its parts to deal better with others and find a management strategy that takes into account how to organize work, responsibilities and decisions. Using the body language in terms of its impact and importance of the presence of the management team are more creative.

Coch Schubert mentioned the importance of motivating and communicating of positive energy in the work environment, given the staff their need for stability and job security. Continued coach Schubert giving the effective ways to form a working team that integrates with the leader in achieving the goals methods.

MiSK Foundation is a non-for profit organization established by the second deputy prime minister and the minister of defense Prince Mohammed bin Salman. The Foundation focuses its effort to care for youth Saudis and encourage learning and development of leadership skills among young people for a better future for the Kingdom.