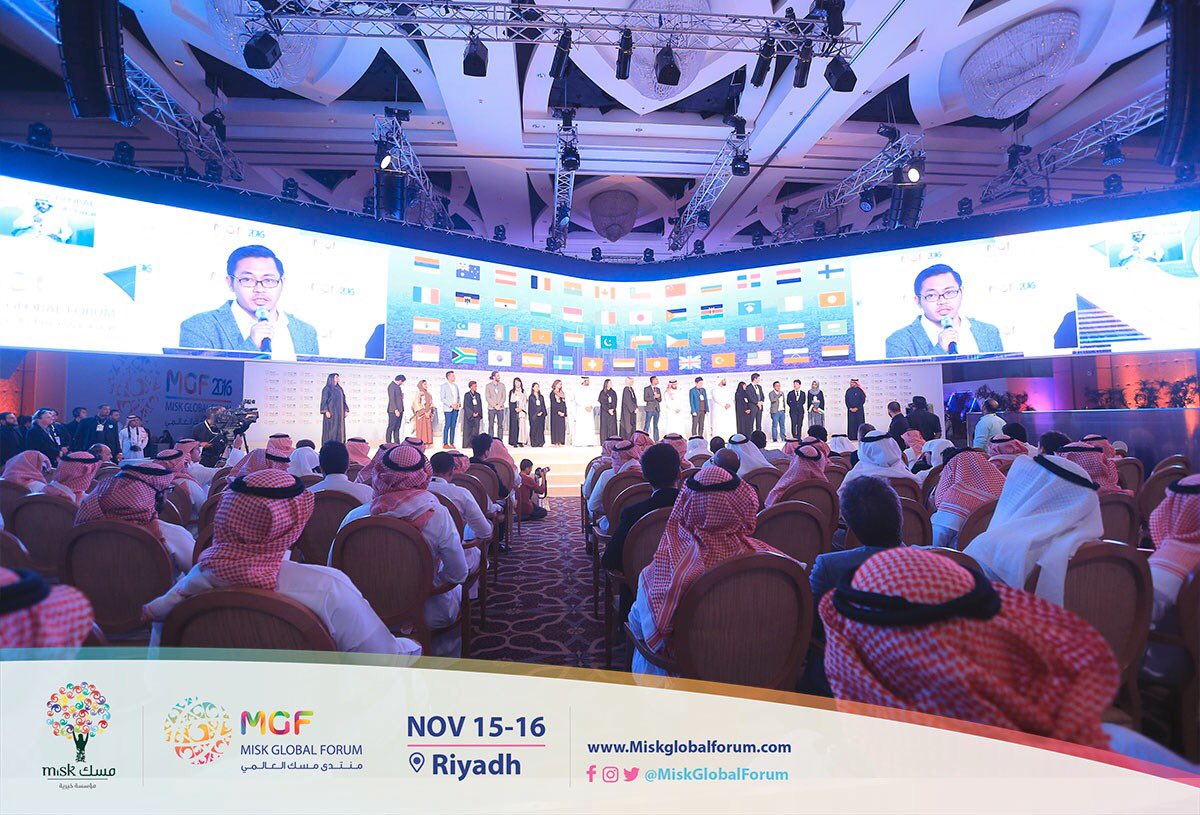 The Mohammed bin Salman bin Abdulaziz Misk Foundation launched three strategic initiatives to support and develop the IT sector, which include the establishment of Misk Academy, and the founding of the Technical Innovation Factory and the Misk Accelerator for investing in emerging businesses. Through these key initiatives, the Foundation seeks to fulfill the requirements of promoting a new sector that contributes to the promoting national economy, building labor capacities, as well as pushing new breakthroughs in innovation, and directing financing capitals towards value-added projects that are beneficial for the country.

According to Misk Foundation, these new initiatives come as a result of the great development witnessed within the Foundation’s work to empower and motivate talented youth from both genders, and help them tap into their latent potential, in line with the objectives of the Vision 2030.

Shaima Hamidaddin, business development manager at Misk Foundation, said that the three initiatives will provide a platform for the Kingdom that will enable it to compete on the global level in the field of technology. She underlined that the Foundation believes in the tech sector’s ability to provide unique opportunities for youth as part of the global economy, in addition to its concerted effort to encourage young Saudis to present pioneering tech projects and initiatives through learning from the pioneer projects emerging from Silicon Valley.

Misk Academy will provide training and qualification programs that use international standards to develop trainee skills in fields that fulfill the needs of the digital economy in particular. The Academy set an annual plan to train around five thousand leaders, developers and designers and empower them in numerous fields, such as developing apps, coding, industrial intelligence, information security, cloud computing, games, virtual reality and cartoon making.

The Academy will support around 400 training programs backed by more than 50 global pioneering companies in technology, media, consulting and other sectors, in cooperation with a group of global partners.

Through the second initiative, the Technical Innovation Factory, Misk Foundation seeks to support the ideas of young people from the up-coming generation through transforming their thoughts and talents into projects and initiatives on the ground.

Furthermore, the Foundation hopes, through the initiatives in this program, to build an integrated community of digital experts specialized in programming, database analysis tools, information security, cloud computing, industrial intelligence and the Internet of Things (the new generation of Internet). Focus will be placed on creating and developing of a number of locally implemented apps, in addition to increasing the number of women working in this sector.

As for the Misk Accelerator for investing in emerging businesses, it is an integrated program aimed at supporting emerging projects through capital venture financing, which will in turn contribute to providing digital solutions and services in line with the Kingdom’s Vision 2030 which aims at diversifying the national economy in order to prepare for the post-oil phase and increase the number of sectors and job opportunities.

In addition, the accelerator will provide special units for business incubators and accelerators, which will drive the projects from the start-up and idea phase to the development phase. It will also hold forums to guide and orient Saudi entrepreneurs, and will set entrepreneurship standards in the Kingdom.

Misk’s Strategy
Referring to Misk Foundation’s strategic plan, business development manager Shaima Hamidaddin mentioned that the Foundation places great faith in these new cooperative projects and their ability to achieve outlined objectives, underlining that the strategy is based on achieving long-term sustainability. This is in addition to the Foundation’s endeavors to connect talented young Saudi with their counterparts around the world, and help them join pioneering companies, in order to build a generation of experts and specialists in numerous fields.

She also confirmed that these partnerships in general reflect the national ambition to implement National Transformation programs and a commitment to investing in the leaders of the future, in order to ensure that the sons and daughters of this country are active participants in the global economy.

These initiatives were announced during the events of Misk World Forum, which lasted for two days and concluded its activities last Wednesday evening, and was attended by world-class entrepreneurs and investors in the IT sector such as Bill Gates; Jim Beyer, founder of Breyer Capital; and Sebastian Thrun, founder of Audacity who led the project of the self-driving Google car. Furthermore, Misk announced the signature of a number of agreements with Siemens, Cisco and Audacity on the sidelines of the event. It also signed a Memorandum of Understanding with MIT to build a Media Lab.