“Al Arab” at “Hakaya Almorabteen”: The Battle Was Settled 10 km Away from Abdulmalik Alhouthi’s Hideout 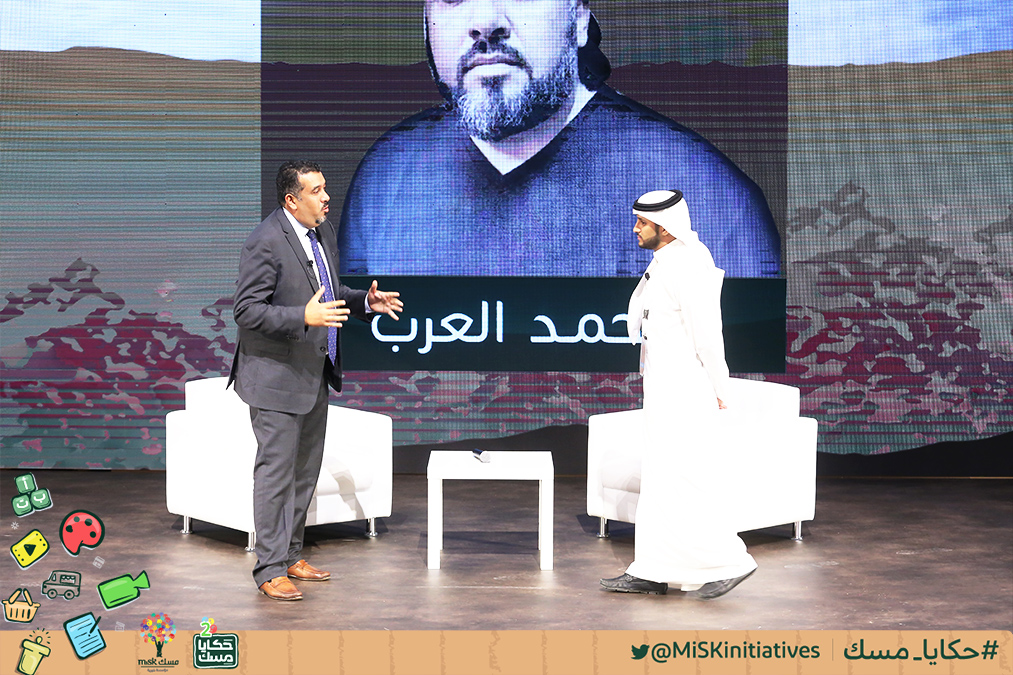 Al Arab reassured the audience that the Saudi-led coalition forces achieve daily victories and recover territories stolen by the Houthis. He also denied the rumors saying that rebels are occupying Saudi Arabian lands. He said confidently and determinedly,  “I dare any Houthi-affiliated media figure to appear in a video in any region in the Kingdom of Saudi Arabia. On the other hand, I, a Saudi media figure, can take videos in the lands that were occupied by Houthis and now are recovered by the allied coalition forces.”

Addressing the audience, Al Arab said, “I am pleased to be here today for the second time after the last session of “Hakaya Misk.” I remember that someone asked me last year, why can’t reporters and media figures break into the war field and report the real image?” He stated,  “Allow me to answer this question today. This year, I decided to break into the battlefield and interview the Saudi soldiers at the front line of the battle. I sought one the Saudi leader’s consent, but he refused because it was life-threatening. However, I insisted until I received his approval. I stepped into the battlefield stomping my feet on the ground saying that this land is targeted by Iran, but this is far from happening, thanks to our courageous soldiers who can control the Iranian expansion and protect our country.”

Now and then, Al Arab was repeating that there is a nasty media war by rebels against the Decisive Storm. He stated,  “The Houthis are currently suffering from bankruptcy and hesitation at the battlefield, which, in turn, leads them to make things up hoping to affect the allied coalition forces negatively. Their rumors include successfully attacking Saudi territories with missiles, occupying Saudi lands, or killing soldiers from the coalition forces.”

He stated, “Two years ago, we were reporting events in Jazan, Najran, and Dhahran Aljanoub. Today, we are reporting from three moderates in Yemen, namely Khoula, Nahom, and Arham.  The Saudi-led coalition forces were able to force the Houthis to withdraw into their burrows.”

In a conversation with Mr. Malik Alrouqi, Al Arab said, “I remember when HRH Prince Mohammed bin Salman bin Abdulaziz, the Crown Prince and Minister of Defense, explicitly said that the coalition forces participated in this war to back up our Yemeni brothers and preserve their government against the Houthi rebels. Moreover, getting rid of those rebels takes time and patience, and that’s how we deal with this war.” He added, “If we wanted to end this conflict and execute the scorched earth policy, we would have done this in short time.  However, we consider respecting the lives of civilians, including the elderly, women and children. By doing so, we rewrite the human history in the region.”

Bearing witness to the valor of Saudi soldiers in the battlefield, Al Arab said, “Saudi pilots, as well as coalition pilots, are extremely cautious and keen to protect the lives of civilians in Yemen.” He continued, “Today in this hall, there is a Saudi pilot called “Abu Ahmed” who carried out two aerial sorties targeting one of Abdulmalik AlHouthi’s assistants.  However, he recognized that hitting the target could injure or kill Alhouthi’s family and other innocent civilians. Therefore, he returned to the base twice without hitting the target. This, in fact, only proves how keen the Saudi-led coalition forces are to protect civilians’ lives. Besides, the coalition forces postponed many attacks fearing to injure children, women, or the elderly.”

The Rumor of Disharmony

Al Arab laughed at the rumor of disharmony between the coalition forces and said, “If there were no harmony nor cooperation among coalition forces, we would not be on the doorstep of Sana’a. From the first moment of battle, the coalition decided to be one united body, which, in turn, reinforced understanding among the coalition forces.” He stated, “It is not an exaggeration when I say that I know dozens of stories about Saudi soldiers who saved innocent people in the United Arab Emirates, Kuwait, and other countries of the coalition, and vice versa. There is no difference between us; everybody does their job efficiently.”

Al Arab, a Bahraini field reporter in Al-Arabiya channel, revealed owning a documentary of a ten-hour battle that ended up with recovering a mountain in Al-Jawf which was used by Houthis to shoot civilians. He said, “The battle will be aired on Al-Arabiya channel in Eid al-Adha holiday.”  He indicated that “the Commander of the Coalition Forces in this battle was a young Saudi man named Bader and was skillfully coordinating the coalition forces.” He also explained, “The cameramen of the documentary are courageous Egyptians who broke into the battlefield to document the victory of the coalitions.” He added, “I was shot, and my colleague cameramen carried me for three kilometers back to our barracks safely.” 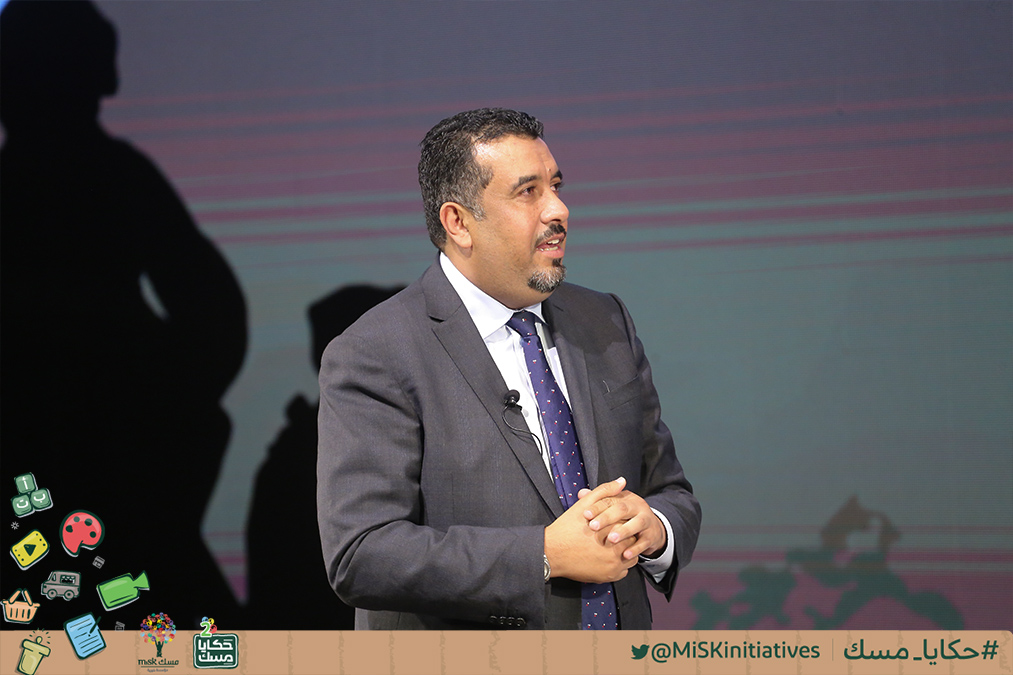