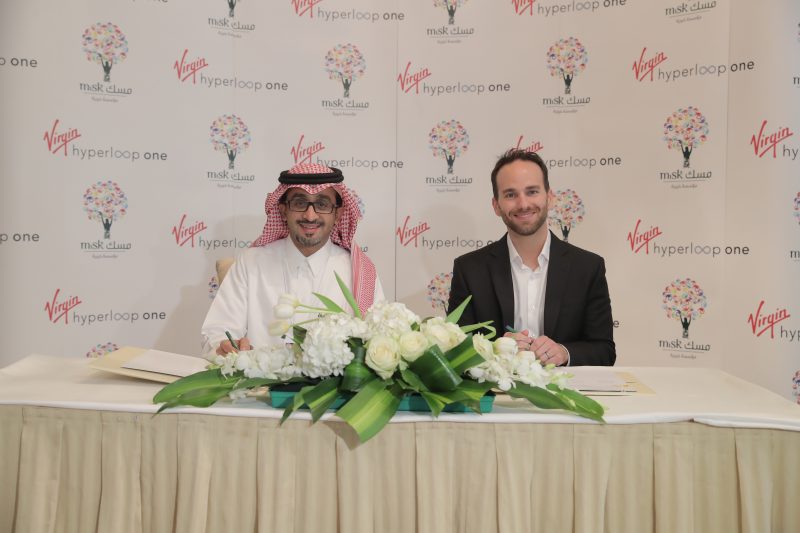 The Misk Foundation and Virgin Hyperloop One today announced a Memorandum of Understanding (MoU) on providing training, education, and professional opportunities to Saudi youth.

The announcement was made at the Misk Global Forum, which is being held Riyadh, Saudi Arabia, from 15 to 16 November.

The agreement is intended to seed long lasting economic, social, and innovation benefits for the Kingdom by developing a highly skilled knowledge-based, cutting edge workforce in an innovative area of growth.

This is central to Misk’s mission to empower Saudi youth to become active participants in the knowledge economy.

Virgin Hyperloop One will develop a new transportation network within the Gulf that will bring unprecedented connectivity to the region. When completed, its network will enable people to travel between most cities in the region in less than one hour.

It will be a significant contribution to making Saudi Arabia a global leader in land transportation, alongside other plans to develop its aviation and maritime logistics in line with the Kingdom’s Vision 2030 reform agenda.

Josh Giegel, co-founder and CTO of Virgin Hyperloop One, said: “Through this partnership with the Misk Foundation, we hope to empower the youth of Saudi Arabia, cultivating the next generation of technology innovation and developing an economic mega region.”

The key elements of the MoU include:

2. Jointly developing both university-level and college-level training curriculums for the hyperloop system, alongside an international internship framework for Saudi students. The university-based program will also produce research for professors and students suitable for use in both academic and industry White Papers.

3. Working together to establish a new certification program for the operation and maintenance of Virgin Hyperloop One a year in advance of the system’s launch.

The MoU was signed at the Misk Global Forum, which brings together emerging and established innovators, entrepreneurs, and thinkers from around the world, alongside young people from Saudi Arabia, to meet the challenge of change.

The second annual gathering of the Misk Global Forum, the international platform of the Misk Foundation, opened with a keynote speech from Bill Gates and has included speeches by Allen Blue, co-founder of LinkedIn, and Jonas Kjellberg, co-creator of Skype, alongside discussions and workshops with leading international thinkers, leaders, and innovators from the worlds of science and technology, art and creativity, and business and politics.