"One conversation with Misk Fellowship about a problem I faced in Tamara was enough to fill my email with more than 600 messages. Each email included a solution that exceeded my expectations!" 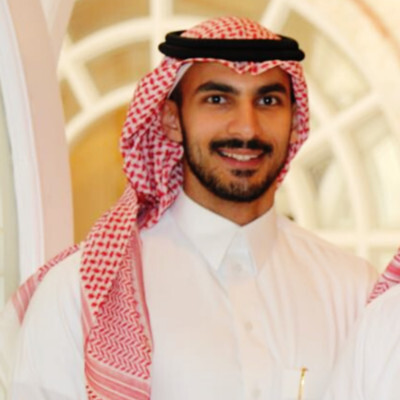 Abdulmohsen began his educational journey in Electrical Engineering at King Fahd University of Petroleum and Minerals, located in his hometown. He earned his bachelor’s degree with first-class honor. After his graduation, he worked at BCG consulting company, moving between Dubai and Riyadh, in a position that allowed him to work on projects deliberating the vision of 2030 in various sectors.

Abdulmohsen’s proximity to Vision 2030 projects was reflected in his personal vision of his future goals and how to be part of the system of change and development.

Abdulmohsen moved to London to earn his master’s degree in Business Administration at London Business School. He chose this major to support his orientation towards the world of business and commerce with science and knowledge. At the beginning of 2018, his enrollment in the Misk Fellowship program added another aspect to his success story.

Upon his return to his hometown, Abdulmohsen realized a gap that could be an opportunity to change the features of the payment systems in the Kingdom of Saudi Arabia. He noticed that due to consumers’ low confidence in the products bought through websites or low penetration of traditional electronic payment methods, such as Visa, online shoppers in the Kingdom chose to pay cash on delivery at very high rates.

Abdulmohsen collaborated with Abdulmajeed Alsaikhan and Turki Bin Zarah, and started a practical solution represented by (Tamara). It is a service that enables the user to pay after 30 days of ordering to avoid cash payment problems and to guarantee the quality of the products. Tamara began to expand and has been adopted by many local electronic stores as a reliable payment option.

Misk Fellowship and its various enrichment programs had a significant impact reflected in the details of AbdulMohsen’s experience directly or indirectly. It made him more ambitious, aspiring to national development, capable of facing challenges, and achieving more success.

Misk network has a substantial impact through supporting Abdulmohsen’s academic and professional journey. Through one email only, the problem of not finding suitable candidates to achieve Tamara’s goals was solved. Within a few days, he received more than 600 CVs of the best candidates in the Kingdom that were ready to immediately join Tamara’s ambitious team. Clearly, spreading the word among current students about this opportunity allowed them to set their future career path at Tamara.

Through its programs, community, and partnerships that enrich its affiliates’ experience personally and professionally, Misk Fellowship has been supportive and helpful at every step.